What’s the name of tomorrow’s holiday? 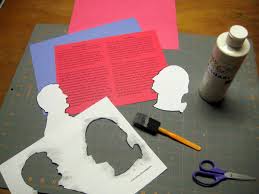 The difference is that these three seemingly slight variations would mean very different things!

“Presidents Day,” well, just doesn’t make a lot of sense. Since “Presidents” is a plain old plural noun, combining it with “Day” creates a phrase that basically means nothing. “Presidents” and “Day,” ok—but what does the combination mean? Is there any relationship between these two words?

“President’s Day” is a little bit better. Since “President’s” includes an apostrophe, possession is indicated. But “President’s” is possessive singular, meaning “of the President.” The question remains: which president? Of course, the holiday initially commemorated George Washington’s birthday, but now its meaning is broader. So the day of just one president will not do.

Our final choice, “Presidents’ Day,” is the winner! According to Encyclopaedia Britannica, the name of the holiday refers officially to Presidents Washington and Lincoln, and unofficially, in our observance, to all United States presidents. So the possessive plural “Presidents’”, which indicates that this is a day of more than one president, is right on the money: $1, $5, or whatever you save at your favorite Presidents’ Day sale!

← Here’s my card.
Which American poet are you? →